What's in your blue bin? 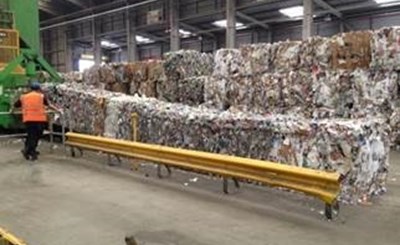 What’s in your blue bin?

Residents in Tewkesbury Borough are being reminded to ‘reduce, reuse and recycle’ as the borough council sets out to provide support and information on how to recycle the correct items.

On a recent visit to the recycling plant which processes the borough’s recycling (operated by SUEZ Recycling and Recovery), council officers watched as a tent, a pair of wellies and some net curtains were removed from the recycling and disposed of.

The plant operatives explained that they had regular incidences of items being sent to recycling that could have been reused at a charity shop, sold on or in some instances should have been in the general rubbish bin.

While observing the plant operations, officers witnessed a child’s swing, which had been incorrectly disposed of in a blue bin; bringing the entire plant to a standstill for 20 minutes due to loose parts and the swing’s cord jamming the machinery.

Common items which are incorrectly put in residents’ blue bins include plastic toys, electrical items, video tapes and clothing - many which can be recycled locally at the household recycling centres around the county.

Nappies also occasionally appear in the recycling rather than in general waste and can prove a costly and unpleasant issue to deal with.  The collection crews will check bins before emptying them but sometimes it is hard to see what is at the bottom and therefore it has to be a joint effort.

Cllr. Jim Mason, leader for clean and green environment said “It is so important that we recycle, and our residents do a fantastic job of using our blue bin scheme. It is equally as important that our residents also make conscientious choices with their rubbish - it costs taxpayers’ money to dispose of non-recyclable items after they have been collected and sorted, so we urge all residents to think carefully about what they place in their recycling bin. Reuse is a really good way of giving something a new lease of life”.

If you are in doubt as to whether something can be recycled, a full list can be found on the council’s website www.tewkesbury.gov.uk/bluebin.