All Household Recycling Centres are open.

You must prebook your visit to gain access to these sites. Make a car booking here. Make a van / trailer booking here. For more information click here.

If you have suspected or confirmed Coronavirus and are self-isolating, you need to double bag your used tissues and disposable cleaning cloths and wait 72 hours before putting it out for collection. For more information visit our page here.

All visits must be pre-booked online in advance and social distancing will be required on site. 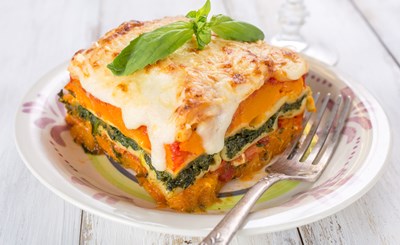 Did you know that 15 million pumpkins each year go to waste instead of being eaten in the UK? That’s enough for a bowl of pumpkin soup for every person in Britain!

To help Gloucestershire residents make the most of their pumpkin leftovers (or if you just have an abundance of pumpkin and wonder what to do with all that extra veg) we’ve found some of our favourite online recipes for you to try.

Interested in reducing food waste on a larger scale?  Why not host a #PumpkinRescue festival in your community!

BBC Good Food: (The BBC Good Food website has a wealth of free recipes to browse.  The site allows you to filter recipes by they type of meal you are wanting to make (i.e. main course, side dish or supper), by the amount of cooking time you have available and if you have particular diet requirements).

Pumpkins will generally store well for a few months without needing to be cooked as long as the skin hasn't been damaged.  Alternatively, cut the pumpkin up into cubes and cook it before freezing in containers or zip lock bags.  Defrost when ready for use in curries, stews or pies. Or why not make a thick puree or a tasty soup both of which can be frozen to use later.